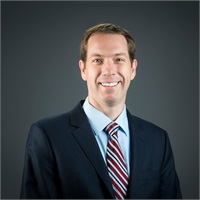 Scott Gatherum has the great privilege of continuing in his Father's footsteps as a Wealth Management Advisor.   The family firm's commitment to doing the right thing for clients, was passed on to Scott long before he joined his Father at Security First Advisors. From a young age and continuing through today, Scott's ventures have been centered on using his talents to magnify positive outcomes for those he works with.

As Security First Advisors' Vice President and Wealth Management Advisor, Scott is passionate about helping families and business owners secure the best financial future they can.  With formal education in both Finance and Law, Scott is adept at guiding clients toward goals that matter most to them, and establishing and preserving legacies.

Scott and his wife, Sonia, Live in Corvallis, Oregon with their two sons.  Scott is active in the trail running community with several marathons and ultra-marathons under his belt.  Along with is commitment to his family and clients, Scott can also be found engaged in many community organizations focusing on youth athletics and mentorship.